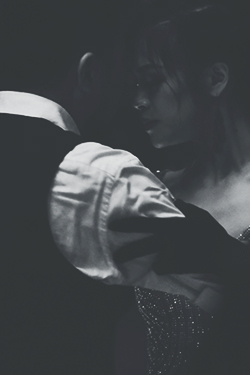 Confisalto is a dance somewhat similar to ballet, considered a very disciplined form of art. It is practiced by Anaxi and Bastian galdori. While most galdor at, say, Brunnhold would learn certain formal ballroom dances as part of their regular education, confisalto is an elective, requiring more specialized study; the dancers often devote much of their lives to the study, though some cases in which it is just a hobby do occur.

Young galdor might compete in formal confisalto competitions. For example, Brunnhold has annual student competitions. Few of those who dance confisalto in school become professional dancers; those who do generally join performance companies, the largest of which are located in Vienda and Florne. There are some differences in the Anaxi and Bastian schools, but generally in the structure of performances and high-level choreography, rather than in the basics of the dance.

Confisalto is based around trusting who you dance with, as many moves would be impossible otherwise. The choreography can either be very complex, or simple, depending upon the level of the dancers. It generally involves acts of dual movement, and balancing against each other. Beginners learn by practicing with a more skilled performer, who they learn to trust, and who is generally experienced enough to avoid falling should they not trust their protege enough.

Once a dancer becomes more skilled with confisalto, the roles between the partners shift, making them almost equals. Dances between two equal partners are beautiful and complex, and are considered breath taking. In traditional confisalto, the partners are typically of similar size and physique, whether male or female. For this reason, female-female and male-male partnerings have tended to be most popular, although there have been some famous female-male partners. More modern choreography sometimes incorporates partners of different sizes. It is possible for a particularly experienced group to be capable of dancing in a trio, but this is rare.

The underlying theme of trust seems to mirror the need for the mona to trust the galdori, and the need for galdori to earn that trust. This could explain its popularity, because even a galdor who cannot preform can appreciate its difficulty.

There are four essential forms by which the partners can relate to one another while dancing confisalto:

A single dance typically includes anywhere from one to all four forms. The only exception is en harmonie, which is generally used only in specific movements (lifts, discussed below, are an example of en harmonie). Crucially, in a true dance of partners, it is expected that either partner in the dance could undertake either role.

Confisalto has a variety of traditional solo movements. Most foot movements are based on five underlying relative positions of the feet. There are too many such movements to list here, and nearly any ballet movement can be used as a part of confisalto, such as plie, pirouette, arabesque, echappe, emboite, and pas de chat.

However, the heart of confisalto is in dual movements. These are generally feats of balance or lifts which would not be possible for a single dancer, and which require the partners to trust one another completely and utterly, and to be in perfect physical sync. The difficulty of these moves ranges as one grows more advanced in the practice. These dual movements often incorporate the solo movements. The basic type of dual movements include:

Dancing costumes for confisalto are different for men and women. Both tend to wear relatively form-fitting tops, with either short or longer sleeves. Men wear pants similar to breechers, which are loose in the thighs but come together at the knee. Women wear tights with a puffed tutu skirt which extends generally to the knees. Confisalto slippers are typically white or pink, with ribbons laced up the calf to hold them in place.