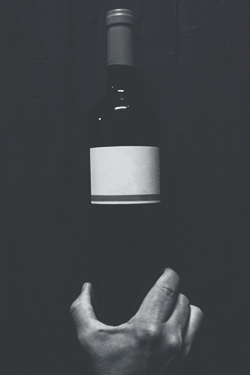 Chan is a sweet and milky beverage made from the stewed leaves of the apah plant. It is a ritual drink imbibed by female galdori (often seers) who are looking to improve the clarity of their minds.

Chan ordered in bars or pubs by any gender is often a very weak, dried and stirred version of the same leaves. It is often served frothed and enjoyably hot, though the effects are equally watered down.

Weak chan is mostly just calming and relaxing. Served at pubs, it is a very minor intoxicant still consumed out of a cultural belief it clears the mind.

Chan Ceremonies are historically and culturally significant, but are also excuses to be seen in public with new clothes. The hostesses of the ceremony take care to dress soberly and conservatively, so as not to outshine their guests.

Each hostess invites a number of women to the party, but does not tell the other hostess how many she has invited. The chan ceremony begins when the two hostesses sit across from one another at a small, round table. The hostesses share the job of brewing the chan, while they guess how many guests they will have. The guests arrive one by one until no more show up, and the hostess whose guess was correct has the honor of pouring the chan.

Once tea is served, the conversation is steered by the hostesses towards whatever topic pleases them. Often, if the ceremony is attended by seers, they will often take turns scrying using aquamancy.

Being invited to a chan ceremony is a mark of social status for young women who are entering society. Behaving inappropriately at a ceremony can be disastrous for any female galdori.